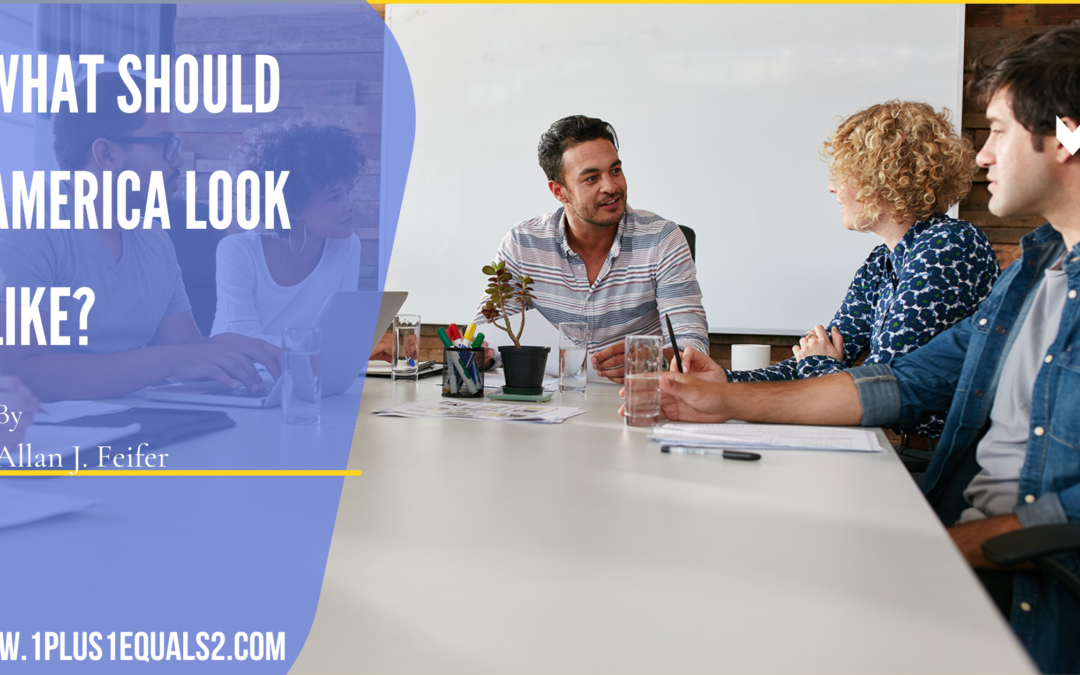 Recently, the Supreme Court decided to take another look at the question of race-based Affirmative Action. The last time the court looked at the issue was back in 1978. Central to every facet of the question of manipulating who gets into colleges that employ a diversity test is a reason behind the requirement to look at race in the first place. The time has come to question the value of diversity itself. Nowhere, do you hear logical arguments that make sense on why diversity is more important than say, competence? The Left has bet the farm on the notion that diversity and its other stablemate…equity, should trump the natural order of humankind. Let’s start with the foundational arguments presented by the Left and then debunk them:

I found dozens of always supportive arguments in favor of strict adherence to policies of diversity, equity, and inclusion. What runs through all of these arguments is an overriding passion for enforced niceness, i.e., much less emphasis on actual measurable performance! The basic premise behind their arguments is that individual strengths are somehow not quantifiable and can be fluid. The next logical jump is that anyone on a team can and will contribute something unique to the group’s work. Sound a lot like the present craze supporting gender fluidity? It’s the same stupid thinking, built on one false premise after another.

Please examine the above 8 items and see what they all seem to have in common. Many, if not most of the above statements are either non-provable or biased as a result of group think. Let’s take the statement “It attracts more talent” as an example. I could substitute that DEI excludes certain talent who would find the requirements for diversity training outrageous and unacceptable. “Companies must invest in DEI training” seems to be the opposite of individual thought and true diversity, meaning “do I have the right to disagree with you?”. DEI seems to say “no” you don’t have that right. It’s exclusionary, not inclusionary. How many of you think companies are more responsive to their customers today than they used to be? I know I don’t. As far as I am concerned, it does the opposite of “improving company reputation.” Over and over, you are faced with the discrimination of individual thought and action for people who can’t or won’t conform to what amounts to organizational fascism. Try finding a definition for what that means; the internet must not like that term! Ask yourself the question, are we better off today with all the facets of DEI omnipresent in today’s big companies and the government? You decide.

The lunatics that seem to have control of our narratives today escaped the asylum a long time ago and have now achieved undeserved legitimacy in their thinking. Here’s an example of what we’ve lost in terms of productivity and speed of execution since the workplace has been so “transformed.” The fastest airplane ever built (jet-powered anyway) was the SR-71.  It was designed and built between 1958 and 1962 by Kelly Johnson of Lockheed along with a small bunch of slide rule-toting engineers who designed, tested, and built 12 airplanes in less than three years.  We can’t do that anymore. The new Artemis rocket that just went up, uses old 1970s space shuttle engines that we can’t make anymore. Yes, there is more complexity in many of the things we design and build today, but largely, social manipulation and corporate policies, along with the relative coddling of today’s employees which they demand, have resulted in a 25-year cycle of design, development, testing, evaluation, and production for similar leading-edge aircraft. Our society has become risk-averse and we are paying a very high cost for our social “advancements”.

Did you ever hear the meme that if you put an infinite number of monkeys together with an infinite number of typewriters and give them an infinite amount of time that they would type out the works of Shakespeare? Even if true, what’s the point? Our resources are finite, not infinite. This requires that we do things as efficiently as possible, without waste and fluff. That’s where we may be today. And, that is where we circle back to the Supreme Court and affirmative action.

In a 2003 decision, the U.S. Supreme Court ruled to uphold affirmative action and said it expected that in 25 years, “the use of racial preferences will no longer be necessary.” Left-leaning Justice O’Connor said that. When you seek artificial outcomes that cannot be had naturally due to a plethora of issues that surround individual ability, you will never achieve the objective you seek. The Left secretly knows this and as a result, uses a number of tricks to try and fool all of us.  They move goalposts, they seek less objectivity in decision making, they settle for reduced outcomes, lifespans, high emotion, chanting, and myriad other metrics and actions that should confirm to anyone that DEI ideas are not only wrong-minded, their desire to grind everyone down to the lowest common denominator out of a sense of fairness is flat out evil. Yes, that is what they want, equality through mediocrity.

Race Neutral. Isn’t that what Martin Luther King wanted to achieve? He must be rolling in his grave for the gains he achieved to be so turned around. hat to make of progressives, Democrats, or the Left, whatever you call them, throwing MLK under the bus. It is obvious; they have moved away from King’s aspirational statement. Why? Almost 60 years have gone by and the majority of blacks and some other minorities do not hold a proportional share of our wealth. And, that’s despite massive social spending, preferences, set-asides, grants, endless laws, educational mainstreaming, and a thousand other experiments and trials that have been implemented.  After all that, disparities largely remain. Yet, the government says “it’s only getting started” in their goal to level us all out.

Back to our title question: “What Should America Look Like?”  The answer should be obvious. We are a nation of individuals. We have our shining stars and our dullards. We have those who break free of their upbringing and those that fail despite their advantages. America is a melting pot. It just can’t and shouldn’t offer guarantees beyond an equal start. Asking for more than that is Marxism, which just might be what the Left really does want America to look like.