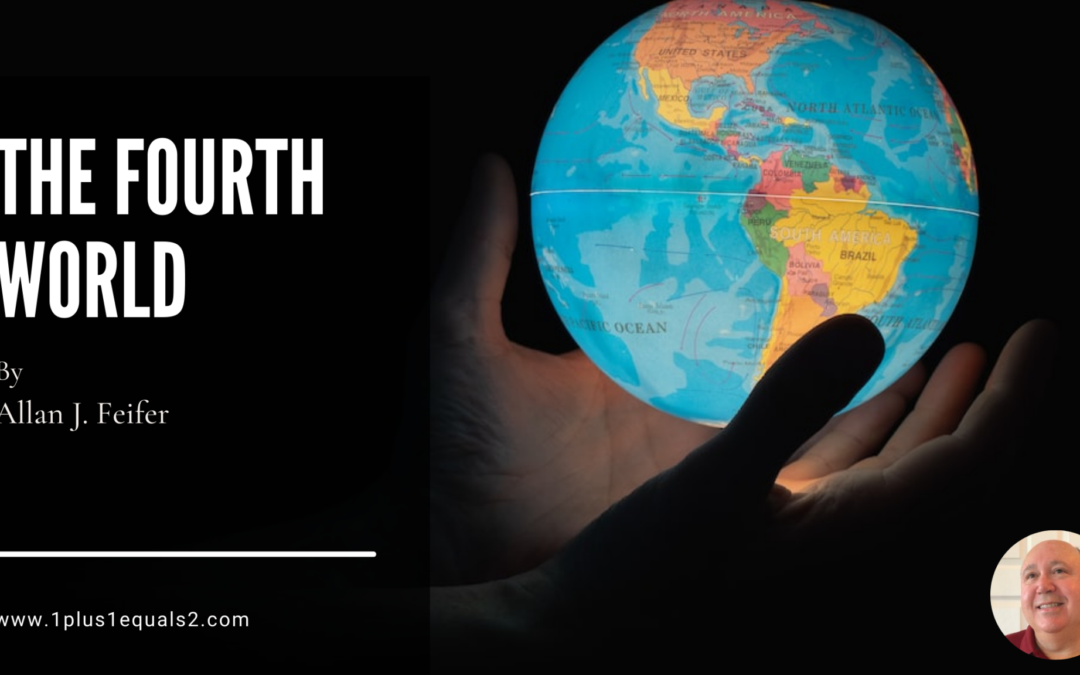 Now, we see the birth of the Fourth World, a morphing of the First, Second, and Third-world countries into a new worldwide alignment. It is centered around Populist theories like Climate Change, Marxism, and a mishmash of pop culture. All of these lead us to a new kind of Secular Humanism implementing a theory of basic minimum existence for all, and an end to its arch-enemy…Individualism.

Let’s explore the well warn path of one country’s birth to maturity cycle as illustrative of what the future may hold for us:

Life evolves. People, places, and the weather change as do entire countries. Great Queens pass on. Great Britain is an excellent example of the rise and fall of one of the greatest empires the world has ever known. A thousand years ago, England was largely agrarian and London was barely a square mile in size. The entire country was home to just over a million. From those meager beginnings, England became the dominant empire for hundreds of years with the slogan “The Sun never sets on the British Empire.” At its peak, in the early 20th century Great Britain controlled about 25% of the world’s surface. What then changed that?

Three things contributed to the downfall of the British Empire:

1. Inevitably, running any vast endeavor is fraught with challenges. Eventually, these challenges overcame the political will to keep the Empire together.

2. London’s ability to effectively manage its Empire made it less profitable and particularly after the First World War, Great Britain was no longer able to muster the resources that a Great Power needed to hold its colonies together.

3. The Colonies matured. Like maturing children, many colonies were happy to take what they learned from their British Parents and make their own way forward. Some did so successfully, others not.

Are we here in the US following Great Britain’s path? The US never really had a colonial past, compared to the various European powers which had extensive holdings and who sucked the resources and treasure from their colonies.

The US stepped into the Empire’s void left by Great Britain and offered a new way forward. Our heyday likely peaked in the 1980s with President Ronald Reagan’s famous line, “Mr. Gorbachev, tear down this wall” speech in 1987. The Soviet Union collapsed four short years later in 1991. Arguably, this marked the day, our country lost its reason for being engaged throughout the world to the degree we once were.

Great Britain and the US share a similar experience when we were challenged to reinvent ourselves. Our country’s potential breakdown is about forty years behind that of Great Britain.

Britain did not meet the existential call to reinvent itself but instead morphed into a strong European player without a major central world role left for itself. Now we see the US following the same path of retreat.

China now sees itself as the heir apparent to world leadership, and we ignore her at our peril. China is not a “free” nation but shares many of the same aspirations and designs as Germany did with the rise of the Third Reich. Those parallels are similar in several key ways:

1. China believes itself to be “superior” to other nations of the world. Its Belt and Road Initiative is premised on a philosophy of co-opting weaker nations and exploiting them, much as did the Germans, except so far, China has found a way to conquer those assets through nonmilitary ways.

2. Germany had several inherent challenges. First, its population of 80 million was insufficient to conquer and then control the rest of Europe. China has the population needed but lacks many resources and technology necessary to pursue military conquest.

3. Germany was strategically disadvantaged by its geography. China is, as well. Not having good relations with all of its neighbors creates a tactical problem. China fears threats to its maritime trade routes within its sphere of influence. Hence, its continual push in the South China Sea to keep its enemies further away and constant bellicose threats to neutralize nations that could interfere with strategic and tactical objectives. For example, Taiwan is more than just a political issue. It is the world’s largest aircraft carrier in the event of a China war.

The West is weakening itself both politically and militarily due to its current focus on reengineering our social structure. Perhaps a temporary reprieve is visible as Europe and the US fight Russia in a kinetic war the likes of which have not been seen since WWII. Such battles remind us of what is at stake. Broadly revealed by events in Ukraine is the ridiculousness of the now popular “words are violence” as compared to real violence, death, and destruction in Ukraine. If true at all, it is only so in La-La land.

Europe and America are experiencing the cold-water treatment that only reality can bring to a philosophical fight. As has been said…” Nothing focuses the mind more intensely than the imminent prospect of death.”

“The intrinsic argument in favor of equity states that equity or fairness is important in and of itself. The idea of equity comes from theories of distributive justice or social justice. This looks at what things people get, and why they get them. This matters for policy because citizens can hold the state responsible for ensuring that all citizens are treated as equals and for influencing how things are distributed.

Genuine equity would mean that everyone would have equal life chances, and they would be rewarded based on merit. Your gender, where you are born or the color of your skin would not affect your quality of life or your access to opportunities. Goods and resources would be allocated according to need, rather than power.”

So here, laid bare, is the goal behind the Equity strategy. Eliminate competition for resources, including Capitalism, Individualism, and heck, even the idea of Patriotism in favor of the elimination of individual countries and borders. Freedom must be sacrificed when it conflicts with their new God “Equity.”

In reading dozens of source documents, you can see and understand that these people’s view of the world is that it should be smaller, equitable, and flat; with the richest and poorest being eliminated in yet another attempt at a form of New Communism. But, of course, this time, they think it will work.

Their motto? “Peace on Earth and goodwill towards “cisgender”.

Ladies and Gentlemen, isn’t it obvious how far we have fallen for this mind trap? Perhaps billions of people buy into the rhetoric of this new form of “Equity” Marxism, only the latest in a series of shiny objects too many of us seem to be so enamored of.