I’ve Got Your Back 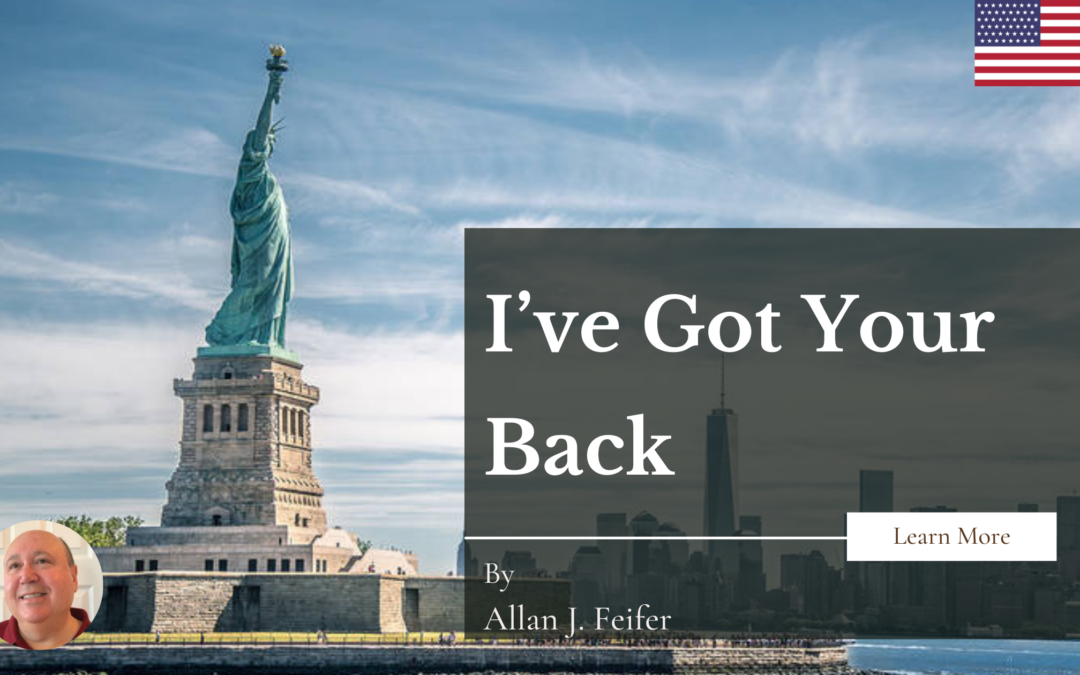 Recently I had a misunderstanding with a friend.  In thinking about how misunderstandings occur, which amounts to how people perceive the actions and sometimes ideas or conclusions we individually have, it’s not surprising that misconceptions arise.  These misconceptions can lead anywhere from bad feelings to fractured relationships, which is the case in this instance.  I am a ponderer by nature, and I will turn over in my mind actions, ideas, consequences, and objectives in an endless stream of what if, who was right, who was wrong, and every angle I can think of.  Now, stay with me for a moment because what I came to understand about my friend also applies to our country.

At its core, friendships and world relations can be reduced to a single element.  Do you have your friend’s back and they yours, or not?  The friendship in question will eventually be repaired.  But, as a country, who’s got our back?  We are in alliances with NATO, Five Eyes, ANZUS, treaties with Japan, Taiwan Relations Act, AUKUS, and others.  However, none of our partner/treaty nations have 1/10th the military power that we possess that would back up their obligation.  And, there is no guarantee that these nations, who have pledged to support us as we promised to help them, will rally to our defense in times of crisis.  And, what do they bring to the fight, and how fast will they show up if they do?

Questions, questions, few with definitive answers.  Eventually, when you get down to brass tacks, nobody can guarantee our survival.  We are on our own, baby.  And, just as consequential, I believe, is our vital role in ensuring that the U.S. fills political and military voids, leading to tough-to-fix issues that we’ll eventually have to face.  Issues can and do occur with alarming frequency.  I frequently compare politics to the weather, for example, as winds blow from areas of high pressure to low-pressure areas.  God forbid, in some future war, our friends take a national breath and say….” We’ll sit this one out.” Such a scenario emboldens those bad actors who constantly think of conquest and subjugation.

Can we hide between our two oceans to be left alone forever?  Temporarily, perhaps, but we may soon begin to starve for oil, critical minerals, or technology being denied to us.  And what about our fellow citizens who need to make and sell their products and our technologies?  What happens if the doors to those sellers are suddenly slammed closed?  What will our farmers do with the excess grain, wheat, and corn they have grown to sell abroad?  Will some enemy hold a knife to some country’s throat to do their bidding?

Could we slim down our country to a new reality to go it alone without world trade?  Would our enemies tolerate us possessing the land, minerals, and potential slaves that they covet?  I doubt that.  Peace is only maintained through strength and engagement and not unearned trust.

While it may seem obvious to me, I realize that not all my readers want to see our country involved in the world more than as absolutely necessary.  Even fewer see the need for our country to lead the world politically or militarily.  This is a significant hurdle that our nation must resolve.  This dilemma is like the half-pregnant debate, which says either you are or you’re not because there is no in-between.

In the preceding paragraph, the phrase ‘lead the world either politically or militarily’ is explained thus:

As we move into this holiday period, I am so proud to be an American, warts and all.  That does not mean that my country is perfect or that any of us have all the answers; because we don’t.  Our Constitution guarantees me the right to think thoughts contrary to what the regime I live in thinks while still keeping my head attached and my beliefs, is not missed by me.

Only America, its people, and its leaders are in the unique position to safeguard ourselves and the world toward a more peaceful tomorrow that we all need and want.