How Quickly We Forget our History 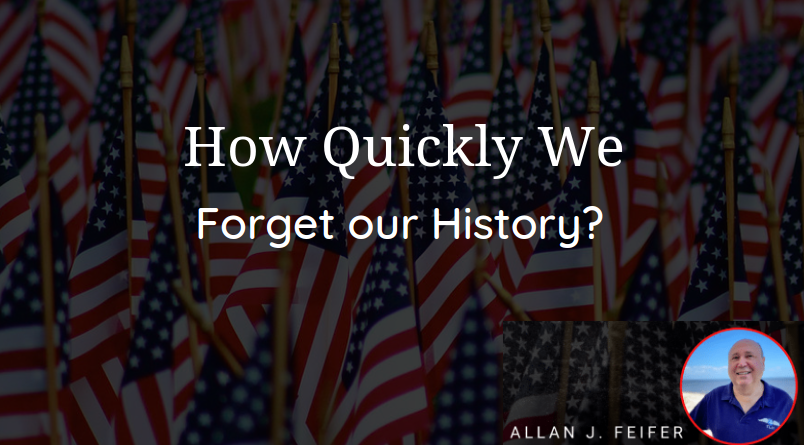 Widely ascribed to Yogi Berra, this quote will warm you up to today’s topic: “How quickly we forget our history.” The hardest thing conservative activists face is effectively motivating the many who, for one reason or another, can’t, won’t, or don’t understand the threat we are under. Thousands of conservative writers are spot on describing the plight of America and what can or should be done about it.

Unfortunately, millions of you read and agree and then go about your daily lives with no further thought as to taking action. Waking up America is both the path forward and the only way we can achieve awareness and then act to engage the threat. Today, I’ll write to what amounts to a history lesson that I hope resonates in your bones, your mind, and your very being. Read along with me as I review a slice of history that should shake every American to his/her core.

It’s Déjà Vu All Over Again

Yogi had it right. Like some kind of Ground Hog Day, people seem to repeat their history over and over again. Whether due to intellectual laziness, a poor education, too much focus on daily living, or other myriad reasons, America has a poor memory compared to other countries when it comes to learning political lessons. Lessons often learned by the expenditure of blood and treasure.

Case in point: America’s current infatuation with all things Collectiveness. Riddle me this Batman, point out to me all the successful countries in the world that thrive on Socialist, Marxist, or European style governance? North Korea anyone? Heck, everyone knows that Sweden is prosperous and Socialist; right? Europe in general? China? As Rush Limbaugh used to say…” For our friends in Loma Linda, the answer is none!”

This then brings us to the next chapter of our story that I’ll call “The Cold-Water Treatment.”

Here’s another Power Statement: Socialism, Communism, and Marxism are not just kissing cousins, they are identical triplets.  Brothers and sisters with largely the same DNA, ambitions, goals, and philosophy. All three depend on a degree of coercion that Patriots immediately reject for all the reasons that freedom-loving individuals espouse.

Let me tell you a story plucked from the Congressional Record recorded on January 10, 1963, entitled Current Communist Goals. There were 45 goals discussed in this well-publicized hearing 58 years ago. Let me quote from just a few of the goals that World Communism espoused back then that were essential for their survival:

The foregoing is so stark, compelling, and should raise the hair on the back of your neck that you may think this is made up. Go to www.1plus1equals2.com and read the source material for yourself under the heading of “Resources”. The degree that our country has moved slowly but inexplicably towards Marxism is undeniable. Read the bullets above and realize that Marxism is taking hold here, right before our eyes. Who is driving this relentless attack on our institutions, morals and, history? And, how have they been getting away with it for so long and so openly?
The best source material you will ever read is the book “The Naked Communist” by W. Cleon Skousen. Here are a few excerpts:

Scary, over the top, or hyperbole? I for one shudder with fear at the power of individuals so debased, lacking in humanity and so set against that spark of the divine resident in each man or woman that they would consciously and with glee condemn us to oblivion, with little distinction between the average farm animal and humanity. That other humans can think like that, act like that is beyond my ability to comprehend. As you read these words, I wonder what you are thinking? Do you read this essay without emotion, as if you are reading a work of fiction?

Are you angry but feel as if you have no outlet for your anger? Do you take a biblical position that the End of Days is coming? That you must be free to think and contemplate is the nexus proposition I hope you understand and accept. Under Marxist, Communist or Socialistic views your free will cannot coexist with these means of enslaving your mind and body. You are either free or you are not. Socialism, Communism, Totalitarianism, and other hybrids are born of the same Mother. America is moving in this direction.

Just as one plus one equals two is true, you are either free to make your own way or you are not. All the “isms” ultimately artificially restrain you from living your life standing on your own two legs. Only by living and exceeding and sometimes failing along the way can we truly be free.

Only freedom enlarges the pie and leads to prosperity. Communism, Socialism, and all the rest must steal from Free People to paper over their inherent failures. China’s use of Capitalism to grow their economy and feed their people, all the while stealing intellectual property willy-nilly is all the proof you need that Capitalism, with all its faults and warts, is infinitely superior to everything else.

Teach the children, resist a government that would lead them down the path of ruin. Live your life in the light and in a manner that God and logic demand. Be the shepherd of your flock and always be gracious, giving, and good because it is logical and right to be.

Fellow Patriots, it is my job, your job, everyone’s job to postulizing what is required to enjoy a successful and upright life. When we all live right, our society grows and the bounty that results lifts all boats. Good must confront evil. I hope you agree and thank you for reading along with me.

One last thing. Please leave your comments and spread this history. That is something concrete that you can do that makes a difference. Is there a topic you would like me to write about? I’m always interested in your feedback and ideas.