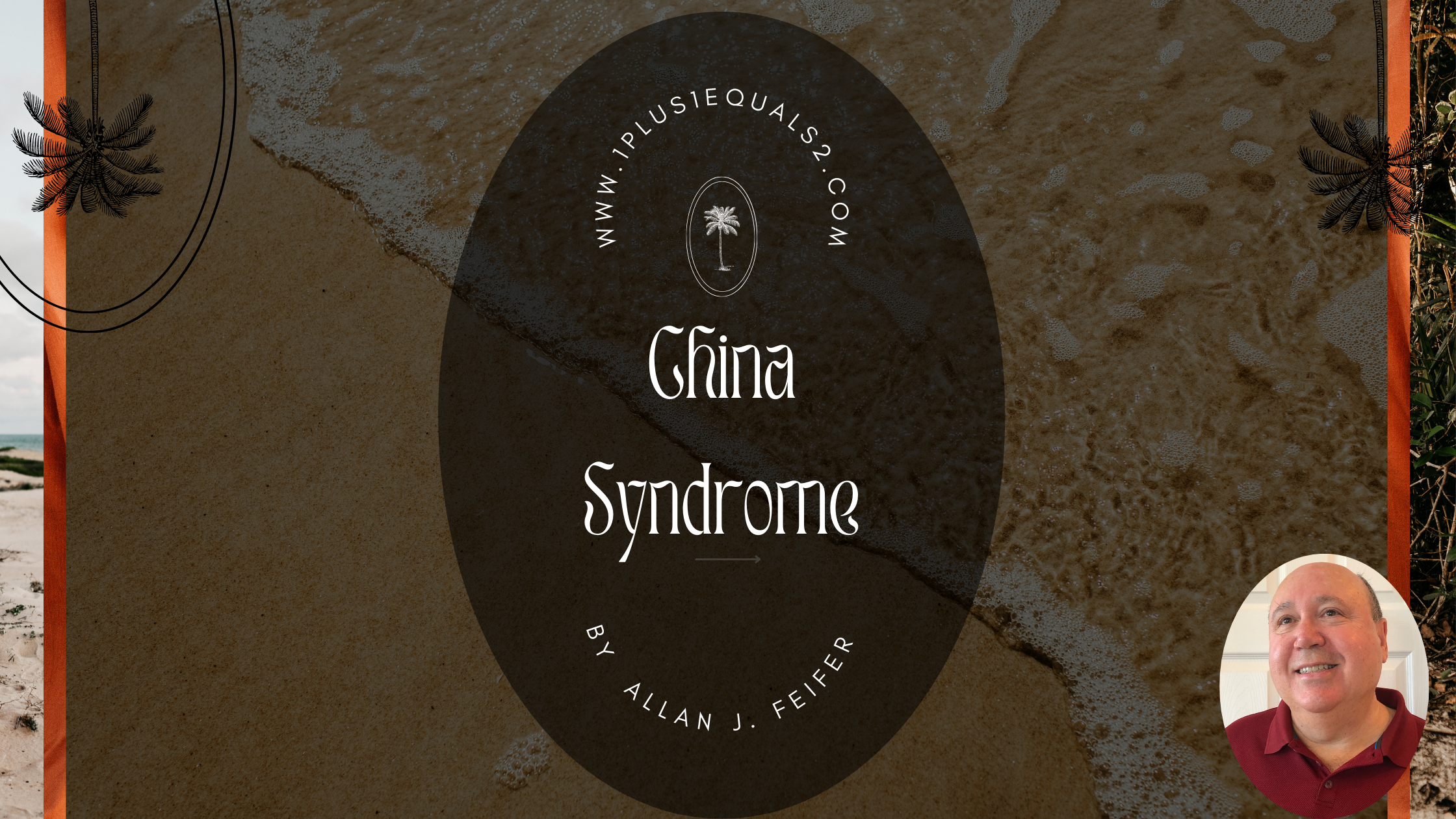 Remember the movie “The China Syndrome”? Well, we’re not discussing that kind of nuclear meltdown today. But instead, we are discussing another kind of meltdown…economic. Most realize that China has eaten our lunch. But what most don’t know is that China was a reluctant participant early on. Every subsequent action is on us!  It was only later that American companies got greedy and decided to trade their patriotism for corporate growth. How else to explain the wholesale exodus of American jobs and technology overseas; particularly to China? The reason: to make our goods more competitive on the world market by utilizing cheaper labor which results in higher corporate profits.  China is not just another country among many who got America’s manufacturing jobs; it was THE country, the number one country that took our jobs. China has cornered 28.7% of all manufacturing jobs in the world. Think about it for a moment.

Today, we’ll talk about how that came about and discover, in the process, how both corporations and our government put blinders on to make a bargain with the devil. When you look at the logic of trade with China, you realize quickly that our motives were capitalistic, but we neglected to understand the ramifications of building up a country that one day, was likely not to just be a rival, but an adversary, a Marxist Communist adversary. Someone was asleep at the switch as this trainwreck slowly unfolded over decades.

On a secret trip to China in 1971, it was Henry Kissinger, President Richard Nixon’s Secretary of State who got the ball rolling. The strategy was twofold:

Alfred Coucher, an old China watcher said “In 1978, two years after the death of Mao, and during the period in which the ‘four Asian Tigers’ began their journey to prosperity, Deng Xiaoping initiated policies designed to reduce dependency on state ownership and central planning, and introduce private incentive to revive the Chinese Economy which had been dormant since Mao initiated comprehensive nationalization in 1956.”

And so began a period of nearly 40 years that unleashed economic reforms in China. The Chinese Communist Party (CCP) encouraged capitalism as a way to prevent the possibility of a populace in revolt who had experienced a severe famine, stark living conditions, and other deprivations under Mao who killed at least 65 million Chinese.  Capitalism there helped lift hundreds of millions of people out of poverty and created trillions of dollars in wealth, but also led to rampant corruption and eroded the ideological basis for continued Communist rule.

Xi Jinping came to power in 2012 when he was elected to head the CCP. Xi lived a carefully curated life designed to assure his ascendancy to control of the CCP. In 2021 the Wall Street Journal ran an article that laid out the rationale for Xi’s change of heart. For him, the capitalistic experiment was over:

“Xi Jinping’s campaign against private enterprise, it is increasingly clear, is far more ambitious than meets the eye… He is trying to roll back China’s decades-long evolution toward Western-style capitalism and put the country on a different path entirely”

The question is why now? To be blunt, the West’s main usefulness is no longer as operative. Thanks to the West and especially the US, China has been transformed from an agrarian economy to a modern high-tech powerhouse. They accomplished that through voluntary and forced technology transfer from Western nations and then, for what they could not get through that avenue, through the theft of intellectual property. It is that IP issue that is of utmost importance today.

The West’s IP is our secret sauce. It is the only thing that China does not already possess. China has an estimated 25,000 spies in the US. Most of them are stealing not only military but economic secrets and technology. They are Vampires sucking our lifeblood. We should see this as economic warfare just short of actual war and thus respond accordingly.

The biggest question is, what happens when they have sucked us dry? Time will tell, but there are many signs that this won’t end well.  One only has to read the current news of China’s military current encircling Taiwan, ostensibly as punishment for Speaker Pelosi’s visit. It is not.  I believe that was only a convenient tripwire for actions already in the pipeline.

The American Enterprise Institute has stated that China sponsors the theft of IP because its main challenge is a lack of Chinese innovation. Beijing’s preference for large firms and state funding at the expense of genuine competition ensures it will struggle in key areas, from aircraft development to shale. The main challenge is China’s acquisition of IP and the use of regulatory and financial subsidies to develop products from that IP is to drive the U.S. out of global markets.

You can read article after article explaining how China has manipulated foreign companies by promising large orders in exchange for technology transfer.

At the moment, China is withholding fulfillment of orders placed with Boeing and promised under President Trump, even as China just ordered another 292 aircraft from Airbus last month.

China made that deal with the Trump administration back in 2017 to buy 300 Boeing jets. China, as it frequently does, is using this order for political leverage against the US. This is par for the course with them. China became the last major nation to recertify the Boeing Max just last month. Their delay in recertifying was a studied tactic, not to gain concessions from Boeing, but rather from our government. Whether we can get any on-order aircraft delivered is subject to the approval of the CCP. China only lives up to its word when it is good for them.

For those readers that don’t fully understand it, there is no Chinese government, there is only the Communist Party instructing government functionaries on what to do. The CCP requires all government entities, companies, and even individuals to fully follow its directions, mandates, and orders regardless of the law or China’s Constitution. End of any discussion.

CCP policy is ultimately anti-American, so our ability to either influence or even require compliance with written agreements is limited. China is a monolithic entity that Americans can’t comprehend. Everyone in China is watched, evaluated and in the end, freedoms recently received are being rescinded.  No court or politician can offer redress. Look up Jack Ma for a better understanding of what can happen to someone who strays too far from government edicts. An order from Xi can be compared to an order from God himself. China shoots or imprisons those that dare to disagree.

Understand what we are up against. There is no trying to outfox this fox. As a country, we hue to a set of rules that many of our adversaries laugh off as quite quaint. China is playing chess. We dare not allow them to Checkmate us.