America’s Tyrant Sees Himself Above the Constitution? 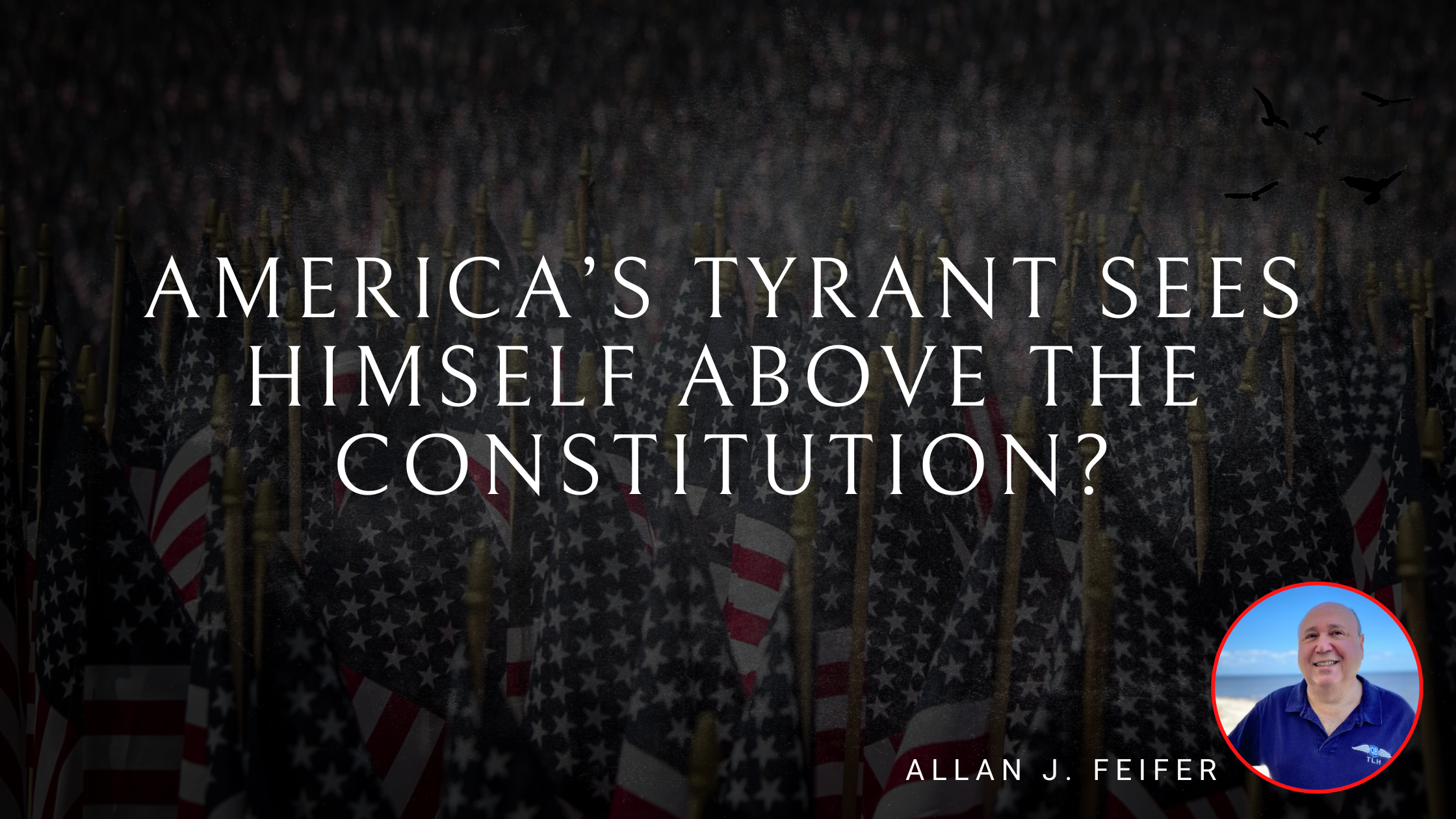 It would appear difficult to find the most disturbing statements and/or actions that President Biden has blurted out or undertaken in his Presidency of less than six months. However, the speech/blurt out that Biden uttered so haltingly on June 24th when he went off-script scared me the most. Here is some of what the President said:

”Those who say the blood of liberty, the, uh, blood of patriots, you know, and all this stuff about how we’re going to have to move against the government. Well, the tree of liberty is not watered with the blood of patriots. What’s happened is that there never been- if you wanna- think you need weapons to take on the government, you need F-15’s and maybe some nuclear weapons. The point is there’s always been the ability to limit- rationally limit the type of weapon that can be owned and who can own it.”

The central reason the Second Amendment exists as stated in my book is:

“The Second Amendment to the Constitution of the United States, adopted in 1791 as part of the Bill of Rights, provided a constitutional check on congressional power under Article I Section 8 to organize, arm, and discipline the federal militia. The Second Amendment reads, “A well-regulated Militia, being necessary to the security of a free State, the right of the people to keep and bear Arms, shall not be infringed.” Referred to in modern times as an individual’s right to carry and use arms for self-defense, the Second Amendment was envisioned by the Framers of the Constitution, according to College of William and Mary law professor and future U.S. District Court judge St. George Tucker in 1803 in his great work Blackstone’s Commentaries: With Notes of Reference to the Constitution and Laws of the Federal Government of the United States and the Commonwealth of Virginia, as the “true palladium of liberty.” In addition to checking federal power, the Second Amendment also provided state governments with what Luther Martin (1744/48–1826) described as the “last coup de grace” that would enable the states “to thwart and oppose the general government.” Last, it enshrined the ancient Florentine and Roman constitutional principle of civil and military virtue by making every citizen a soldier and every soldier a citizen.”

Far more than a statement about gun control, Biden was really thinking about threats to his power and his vision of what he wants America to be. Biden intends our country to be a gun-free nation and he and his cohorts are chomping at the bit to find a way, legal or not, to take guns away from lawful citizens, one gun at a time. By demonizing the so-called “assault weapon”, like a gateway drug, Biden intends to widen his interpretation of what is a military-style weapon to include almost all firearms. Soldiers carry handguns, so aren’t those military weapons on his mind? You betcha!

By Interpreting the guns fittings (called furniture) as indicative of evil intent, as well as caliber, i.e., 45 calibers, .223, or .556, we can expect an ever-expanding list of banned military-style weapons. Contrary to popular belief, the common AR-15 is involved in an extraordinarily small number of crimes and its cartridge has no more stopping power than most other cartridges. In fact, most hunting rounds are equal to or even more powerful. Remember, we banned “Assault Weapons” back in the Clinton era and there are lots of statistics that prove the fallacy that the more than 18 million AR-15 style firearms out there represent an existential threat. AR-15’s are used in a statically insignificant number of crimes.

Now, the central point. As I write this on July Fourth, 2021, we find ourselves very far from our roots. We are closer to a Marxist Regime today than we are to the Government that our Founding Fathers created. In fact, our government is literally banning the words “Mother and Father” throughout the Federal Government in favor of calling them “Birthing Parents.” You can’t make this stuff up.

However, the Founding Fathers wrote extensively on the issue of checks against a rampaging government. I talk about this extensively in my book. They envisioned the possibility that the government would break out from the role the Constitution laid out and granted the government certain limited powers and no more, keeping the States supreme. Biden literally hates this and plans to issue edicts that far outstrip his constitutional powers and will only be reined in by the courts as we have seen in certain Supreme Court decisions recently.

However, can’t depend on the courts because it is a long and tortuous route for justice that can act on only a small number of cases each year. The lower courts have not proved reliable. Only the Supreme Court has stayed true to the Constitution on most issues.

Biden, did us a favor with his incoherent utterances that day. He laid bare his real aims. He plans to move against the people’s will and believes he can do that with impunity. His retort of “they better have nuclear weapons and F-15’s” is a scary admission of his aims and his belief that he can defy the People.

“The tree of liberty must be refreshed from time to time with the blood of patriots and tyrants. It is its natural manure. Our Convention has been too much impressed by the insurrection of Massachusetts: and in the spur of the moment, they are setting up a kite to keep the hen yard in order.”

Thomas Jefferson, himself both a President and Founding Father must be rolling in his grave today!

This is one Citizen that will defy a President who holds himself above the Constitution; who will join me?