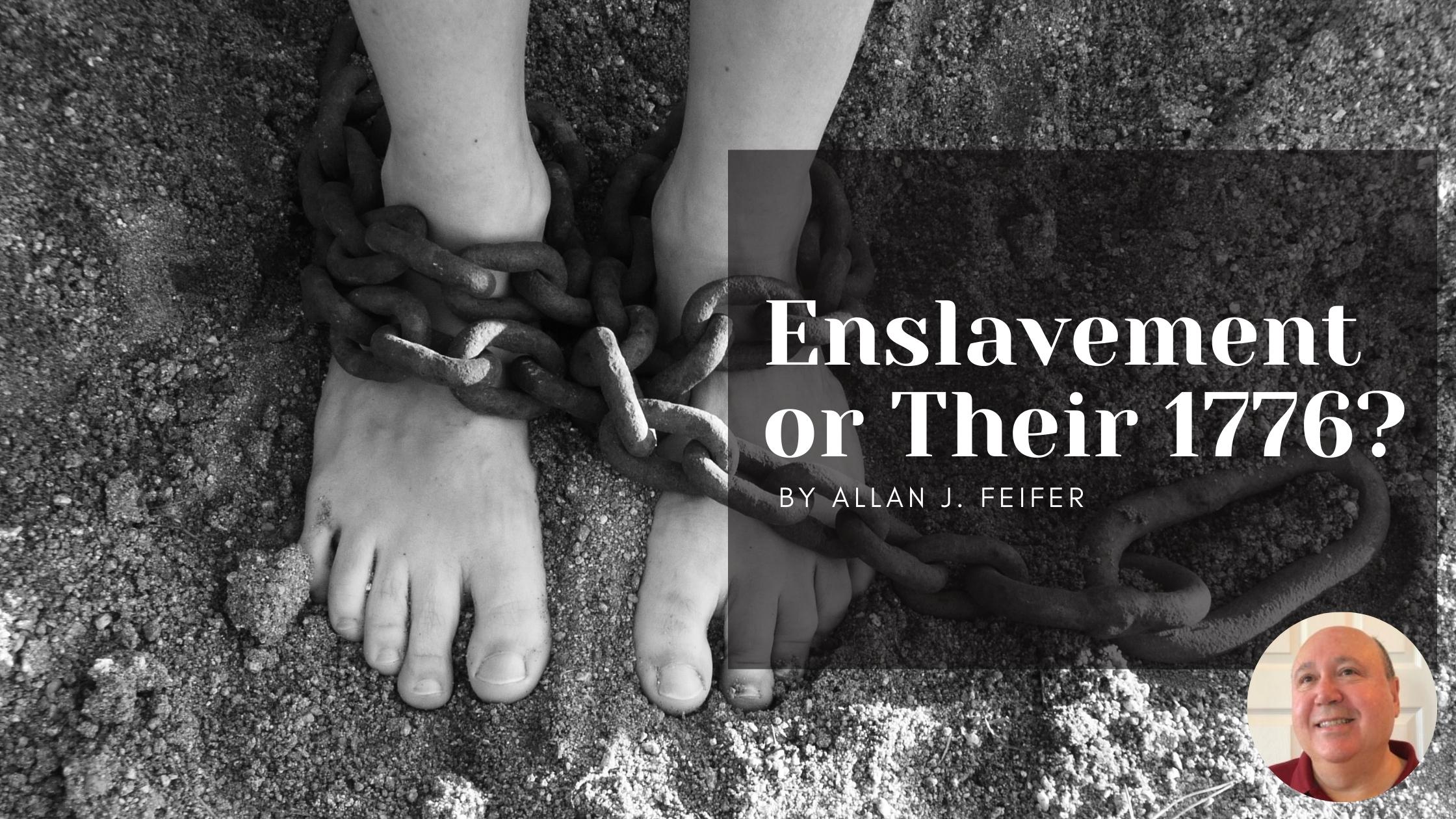 Ukraine. What should we think about events unfolding seven time zones away? Is there any reader who would not push a magic button to return the Russians to their barracks and leave Ukrainians to live a life of peace and freedom?  It’s sort of a litmus test if you think about it. What is right and what is wrong? What’s true and what’s false? If you had the ability in your hands to change world events, what would you do right now?

When the 13 original American Colonies were thinking about declaring independence from Great Britain many people disagreed with that idea. After all, they had been largely left alone except for not being allowed to make some political and economic decisions (taxes) on their own. Yet, some colonists thought it so important to become independent they wrote down and shared their reasons in a new Declaration of Independence. This declaration was not just a note declaring our independence but enumerated the reasons why we had no choice but to declare independence from Great Britain. https://www.militarytimes.com/off-duty/2018/07/03/why-did-the-us-declare-independence-from-britain/ Among those promises were: Life, Liberty, and the Pursuit of Happiness as well as the stated belief that the promise of freedom was God’s gift to all. Living as an enslaved individual is abhorrent to our core beliefs. 1776 changed us and the world forever.

Distorting the Truth that is America

Once formed, our nation immediately became a beacon of hope and promoted an aspirational concept for the entire rest of the world. Our Constitution, our concept of Freedom and Democracy, and other attributes such as Capitalism and the importance of individual responsibility spread all over the planet in the decades to follow. https://www.ipl.org/essay/How-Did-The-American-Revolution-Changed-The-F3A9WZK6J4DR Is there anyone who thinks Constitutionally guaranteed rights are anything but a wonderful thing? The very existence of America was so inspiring, so powerful, and at the time, so unique that our shared view of what is true and right became enshrined as the goal that much of the world copied or attempted to copy. An understanding of the power of our Constitution requires the reader to understand the uniqueness of any country having a never before seen Constitution that outlined guaranteed freedoms for its inhabitants. https://www.encyclopedia.com/politics/encyclopedias-almanacs-transcripts-and-maps/influence-american-constitution-abroad The creation of the United States was the most important catalyst for freedom and responsibility the world had ever known.

That brings us to Ukraine. I am tortured by the thought of the inevitability of that country being crushed by Russia if nothing is not done by the free world. If not, for the very real threat of Putin with hundreds of tactical nukes at the ready, I’d be the first to send in our troops. Why? Because every people deserve their own 1776. The enslavement of people, especially first-world people with a current history of freedom, is an abomination to me. Let me be perfectly clear on this. The Russian people are enslaved. They don’t have the freedoms we have and they frequently vote with their feet and leave Russia. Approximately two million of Russia’s best minds have left their mother country for good since Putin came to power. https://www.atlanticcouncil.org/in-depth-research-reports/report/the-putin-exodus-the-new-russian-brain-drain-3/ Scale that for better reference from 145 million Russians vs. 340 million Americans and that would be as if almost five million Americans have moved from America to Russia. What does that tell us? Moving in the opposite direction, migration from the US is so small that Wikipedia doesn’t even have a number. https://en.wikipedia.org/wiki/Immigration_to_Russia Why do you think that is so?

No OPM is not an Opiate

One other thing to keep in mind: On the eve of war, the Ukrainian Parliament expanded the Right to Bear Arms, which previously had been constrained.  The importance of an armed citizenry is now on display as the Ukrainian government hands out many thousands of automatic rifles and ammunition to anyone willing. And plenty are. This demonstrates to us once again the importance of everyone knowing how to use weapons and not being afraid of them. Some nations like Switzerland (which froze Russian assets) require able-bodied individuals to keep military weapons at home for instant use. https://www.swissinfo.ch/eng/society/swiss-guns_soldiers-prefer-to-keep-guns-at-home-than-in-barracks/42315472

Don’t be fooled into thinking devastating chaos could not happen here. Whether it is our government out of control, natural or man-made disaster, or defense of one’s home or community against external or internal intruders, firearms are not to be made into a scapegoat for those that will use any available weapon to commit mayhem. Rather, firearms may be the last line of defense as we are seeing in Ukraine today. https://www.breitbart.com/politics/2022/02/25/ukraine-says-it-has-handed-out-18000-weapons-to-citizens/

Thousands and thousands of lives have and will continue to be lost as the war most likely changes from force on force to an insurgency the likes of which has not been seen in modern memory. This war will not go away until either very many freedom-loving Ukrainians are killed or subdued or the Russians decide to go home.

The next question is what can we do about it and what are the threats and repercussions involved? This is Putin’s war. There is no real threat to Russia that warrants the destruction taking place in Ukraine. Or, by the very existence of a free and independent Ukraine; except for the example of economic and political success that a free and independent Ukraine demonstrates to those still living in shackles.

Let me tell you a story. I lived and worked in Israel during the Persian Gulf War. I met many people including influential Israelis such as (read my book at https://1plus1equals2.com/ ) Ariel Sharon and Benjamin “Bibi” Netanyahu who was Sharon’s Deputy at the time I was there. I also met and spoke to several high-level Egyptians.  Everyone agreed on the fallacy of most Arab country’s leaders hating Israel. Israel at the time had secret or never before publicized relations with several Arab countries, including Egypt and Saudi Arabia. They did business together including the buying of oil for Israel and the sale of weapons to Arab countries. But, Arab leaders, who frequently had their own problems with their tribal citizens, used Israel as a boogeyman as an excuse for why their countries were poor and not free. The Intelligence services of many nations already mentioned including Pakistan and Jordan were also known to be very harsh on their citizens to keep them under control. https://foreignpolicy.com/2021/03/08/israel-is-the-arab-worlds-new-great-power/

Russia is not under threat from the West. They know that we know that. The issue of Ukraine joining NATO is a strawman. There are 4 ½ NATO nations bordering Russia already with zero incidents. Turkey is the half count because even though they don’t actually border Russia, they control the Bosporus and ultimately Russia’s access to the Black Sea. Turkey, for the first time, has closed the strait to Russian shipping as a consequence of the Russian invasion of Ukraine. https://news.usni.org/2022/02/28/turkey-closes-bosphorus-dardanelles-straits-to-warships

The real reason for Russia’s invasion is that Russia is dying. 40% of its income comes from oil, which is a very volatile commodity. Russia’s economy is so small at $1.6 trillion vs. the United States at about 23 trillion (about the same economic power of southern Texas) that Russia, except for its nukes and oil would be inconsequential in this world and Putin knows it. Putin needs many more people under his control than he has at present. He needs his population and GDP to increase and not shrink as it is doing at present. https://www.macrotrends.net/countries/RUS/russia/gdp-gross-domestic-product Saber rattling, threatening the free world with nuclear Armageddon and other propaganda is designed to silence the world, keep them fearful and ultimately, allow him to go about his awful dirty work without consequence.  It has worked so far.

What’s the solution to this would-be Napoleon? There are six options:

For me, one is a non-starter and six is too dangerous and unnecessary. Two and three are underway and only need to be ratcheted up. Five is possible but has much the same attributes as six and therefore needs more study. Even a limited no-fly zone like we have done before with several countries in the Middle East is possible. And, like in Syria, we have created deconfliction methods to keep us from flying against Russians. For now, I have an additional focus on four. Unfortunately, our history teaches us that we are all too adept at destabilizing other countries, and with willing volunteers from many parts of the world chomping at the bit to fight in Ukraine, I see great uncertainty in Putin’s mind as to how he survives this. Where is his off-ramp?

Let me state for the record, Putin is finished. It’s only a question of time. It likely won’t happen tomorrow but if you look at the history of the Soviet Union, leaders were removed quietly and efficiently by nefarious means in the past. https://www.dailyhistory.org/Why_was_Nikita_Khrushchev_deposed_as_the_leader_of_the_USSR  So too will Putin find his future perilous. Putin’s miscalculation that the West would not have the resolve to confront his invasion was wrong. Besides conquering Ukraine, Putin saw this as a highly potential and calculated attempt to fatally wound NATO’s cohesiveness. Instead, it had the opposite effect with even neutral nations joining in. Neutral Sweden and Finland are talking about joining NATO for the first time that I can remember. In recent memory, never have so many nations stated their opposition so loudly, and with such a unified and cohesive voice and manner, and so rebuked another nation for this totally unacceptable conduct. Whatever ultimately happens to Ukraine and her people, the real damage to Russia is the faith the Russian people will have lost in Putin. As the war dead and injured return home, the question on the minds of millions of Russians will be to question the ‘Why’ of the war and what, if anything, was gained by it. Russian leadership is not monolithic. Russian generals are currently being blamed (rightly) for the tactical failings in Ukraine and political leadership is likely concerned about the reality of another 20 years under President Putin and what that may bring.  Sooner or later there will be a new leader. We can only hope, that like the Arab Spring of a few years ago, another Zelensky will come into play to now lead Russia to a future that is freer and less centered on regional or global dominance.

Freedom is irrepressible. Please believe me.  It is truth and light that will eventually confront evil and prevail. While there will be much heart-wrenching news over the next days, weeks, or even months, I believe good things will come out of this horrible situation. It is high time that the people of Russia feel secure and free in their own country and join with the rest of the free world so that when the next bully on the block has to be confronted i.e., China, we will be able to meet that challenge together.