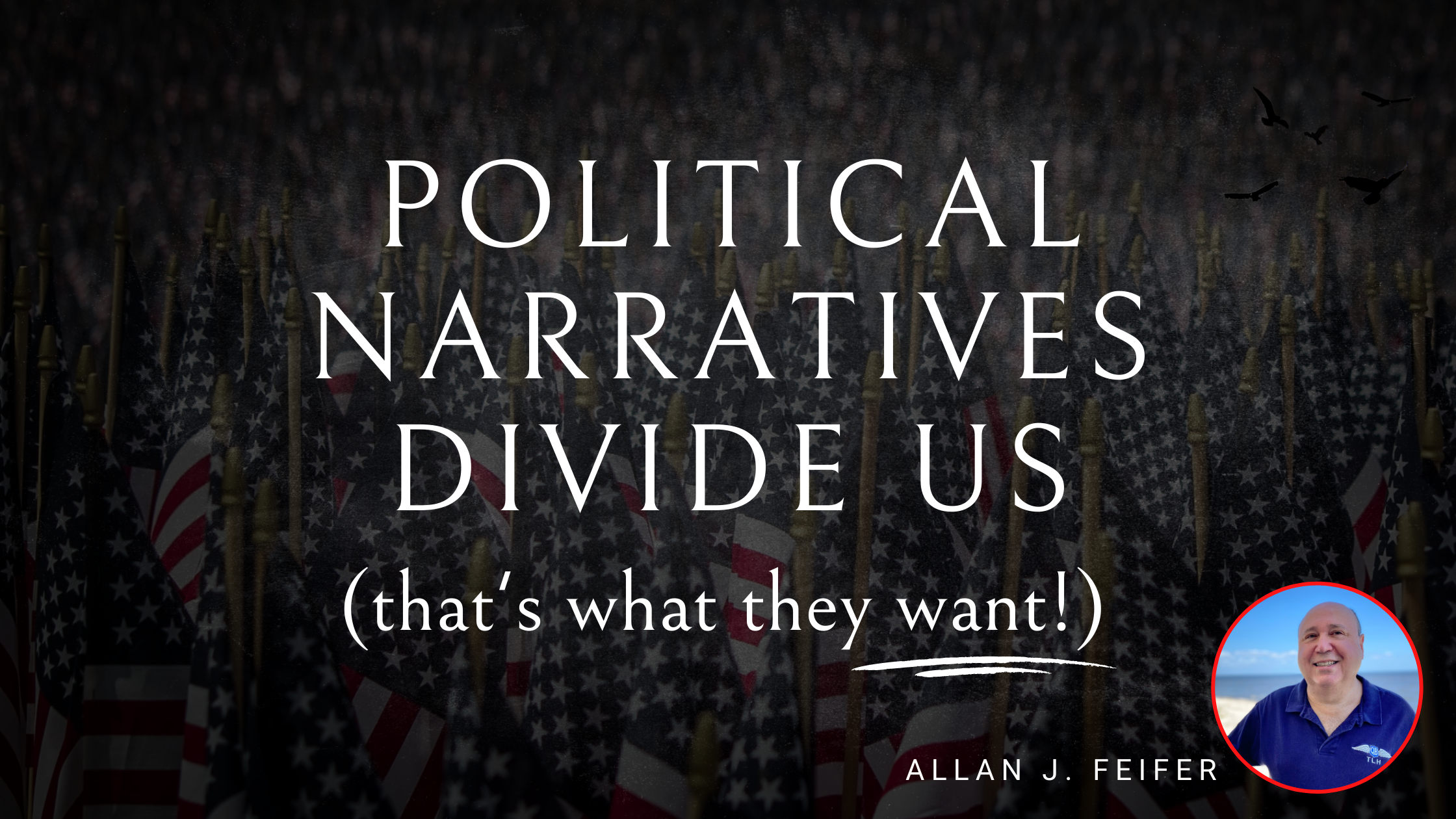 Political Narratives Divide Us (that’s what they want)!

How does Cancel Culture work?

Have you ever heard of the Townsend Warbler? A bird discovered in 1834 by John Townsend? Remember that bird’s name because it is in the process of being canceled and renamed by the American Ornithological Society. Discovered when he was 24, eventually, Mr. Townsend is alleged to have been a slave owner. We can’t have anything named after slave owners, or soldiers from the civil war, conservatives, or pretty much any hero from our Founding Fathers forward. And that, ladies and gentlemen, is how Cancel Culture works. It is the cancer of our times. It is insidious and at its root, it’s a poison pill designed to end the American experience.

Tonight, I am going to talk to you about how the Chaos we are experiencing is by design. We will try and relieve you of your fears concerning being thought of as a racist, the vilest and most horrible thing you can accuse a person of in our society. Fear of being outed as a racist is the control mechanism employed by our enemies. That fear freezes us in place, keeps us silent, and prevents us from defending ourselves from an outrageous assault on our history and ultimately on our very existence.

Most of all, I want you to believe that what has been happening to our country is not a random event, not something that just happened, but that has been focus group tested and is the latest iteration of a Narrative that’s been carefully crafted and guided for more than 30 years. We are going to discuss the players that use the Narrative to exert control over you. And, we’ll talk about the media that disdains being patriotic and have become useful idiots in the plan to reduce America to third world status. To what end you may ask?

After a long sabbatical from American minds, Marxism has come back with a vengeance. However, it’s masked itself in seemingly benign organizations and promoted by poorly educated individuals, mostly white. Every time I hear statements based on lies and misdirection, I visualize how that individual will wind up being consumed by the very people and ideas he/she supports. I always imagine their last words uttered before being consumed in the fire of their own creation as…” We were misled.”

One of my all-time favorite movies is “Doctor Zhivago.” If you have not seen it, not experienced its power and scope, you owe it to yourself to find and watch it. What started as the transition from an oppressive and unfair Russian monarchy to a pluralistic government, devolved into different Marxist factions struggling for power in the most brutal manner imaginable.

Ultimately, the Bolsheviks won, and in a pattern that still exists today, never seem to count their dead. Historians generally agree that the number was at least 10 million and probably a lot more. Not to be outdone, China killed between 20-80 million of its own people; depending on who you ask. All in the name of what they describe as the founding of a “Worker’s Paradise.” There we go except for God’s grace.

The takeaway here is that Marxists, care little for the little guy they claim to be fighting for.  Think about these numbers for a bit and wonder, what is possible, right here in America? Leopards don’t change their spots, just the tactics they employ. A good example of our ability to contort the facts to suit a political narrative is Biden’s view that the “Taliban is businesslike and trustworthy so far”. Really?

America is challenged by an insurgency, right here at home. We are at war and hardly anyone recognizes it. The definition of an insurgency is:

A violent, armed rebellion against authority when those taking part in the rebellion are not recognized as belligerents. As a concept, insurgency’s nature is ambiguous.

I plan to prove to you tonight that we have an insurgency on our hands right now.

The list goes on and on. Together, they work singularly and in harmony against their collective enemy… You.

Ever heard of Occam’s razor? That the simplest explanation is often the correct one? Our enemies understand that collectively, they can’t take us on directly and defeat us on the battlefield. Instead, over years of trial and error, they have figured out a method to have us commit national suicide. It takes longer but is more certain. It takes seven elements to make their plan work. They are:

There are multiple bad actors you can point fingers at. Take a mirror and hold it up to yourself first. We are the primary reason we are where we are. It was always possible to see what was coming and do something about it when the craziness commenced. Complacency is the direct result of the success we have had as a nation. It was/is far too easy to believe that the good times will continue; even as it has all started to come crashing down upon us. The great enablers that allowed this to happen were a long span of time and massive borrowing against our future.

Our national debt is staggering. When you add in the many other unfunded programs that exist, our total national debt is perhaps $400 Trillion. It will never be paid back and it is only a question of when, not if, that when the music stops, everything will change in an instant. Think about that for a moment. Our enemies are waiting on us to slit our own throats, and we’re making them proud. Always remember, an empty belly will follow anyone or anything. God help us if we get to that point.

The nine words every American should fear: I’m from the government and I’m here to help.” Remember what we said earlier; Government exists for its own benefit. Right now, rules are being written to force employers to require vaccine mandates. Soon, OSHA will be coming to your company’s door for “proof” that you have complied. No matter how you may feel about vaccine mandates, the government has become a coercive force that puts science in front of God, the Constitution, and your unalienable rights.

And, it’s not just Covid that we’re talking about. The government can decide that a dry ditch on your property is protected wetlands and take your property rights away from you. Other agencies tell you whether you can drill for oil on your property or can frack. In fact, in the name of safety, anything is possible. Remember the edict to place children in rear child seats? Anecdotal evidence suggests the injury/death rate is either unchanged or there has been an uptick in accidents due to Mom constantly looking over her shoulder to check on her child.

Climate change? Since India, China, and other nations are growing their emissions through exemptions to the Paris Climate Accords, how does hamstringing the United States economy make sense? Did you know that warmer temperatures in the United States equal longer growing seasons? The empirical data to decisively conclude that slight manmade warming is the Armageddon is objectively lacking. There are hundreds of other examples. The power of the Federal government is nearly absolute these days. And they don’t like to be questioned.

Why a focus on White People?

The demonization of white people is the single greatest threat to our future. If you are white, I am here to tell you that living your life without guilt and remorse is not just ok, it is imperative. I don’t label anyone, the left does because it serves their interests. Pitting one group against another is a way to bring the government in to “resolve” the issue and to bring “fairness” to all.

Except, that tactic will ultimately do the opposite; which is their objective in the first place. Caucasians have created almost everything good about America. We are the most generous, benevolent, trusting, and free people on earth. Let no one tell you different until they have lived elsewhere as I have. This takes nothing away from non-whites, it is simply the truth that America is historically a white person nation but open to all. Terrible mistakes have been made, but it does not change the essential good of our Mother country.

Let’s cut to the chase. CRT, Implicit Bias, and the infamous 1619 Project are bogus issues designed to reinvent history and influence people in this country who are too dumb, too fat, and too lazy and/or suck off the government teat in one way or another. I won’t attempt to debunk what is obviously a put-up job designed to make us play their game. Life is agnostic, the government can’t keep you from failing and it can’t promote you to success. Only you can do that. There is a fundamental right to fail, not succeed.

A lot of what the government does today requires that they take from the unfavored and give to the favored. The essence of good government is to know its limits and stay within that boundary. The government has expanded so far into the realm of Supreme Daddy, that few of us can remember when we were truly free to succeed or fail on our own merits. With borrowed money, we may feel rich. But, my friends, that’s an illusion that one day will become all too real. It’s as plain as one plus one equals 2.

What are you going to tell your children? Years from now, the likelihood is that there will be one of two Americas. If America is still around. An America which is more family-centered, firmly religious, and with time tested morality at its core. A nation that leads the world in freedom, Democracy and stands resolutely against evil. What stands for morality today I call “POP Morality. If it feels good, do it!” Or instead, a nation that much more closely resembles Venezuela, Russia, or China. The choice is ours.

I have a close friend that already believes we have lost the war. He believes that China has won and it is only slowly dawning on us that the war we never knew was going on is already lost. His beliefs are founded on an observation that we have traded freedom for free stuff. Hard work is disdained in favor of an easy life curated by our all-powerful Big Brother government. I hope to hell he is wrong.

Collectively, we have failed to teach, realize and understand that Freedom has a twin brother. That twin brother is Responsibility. Without all of us taking Responsibility, our future is indeed dim. Yet, I am ever hopeful that a nation founded in God and Freedom will rise from our current ash heap.  My final statement is a question: What are each of us willing to sacrifice to ensure our children are not slaves in a not-so-distant future? It’s a real question that each of us will answer or ignore at our peril.

Truth is not situational. It is the truth or not. One plus One must always equal Two.