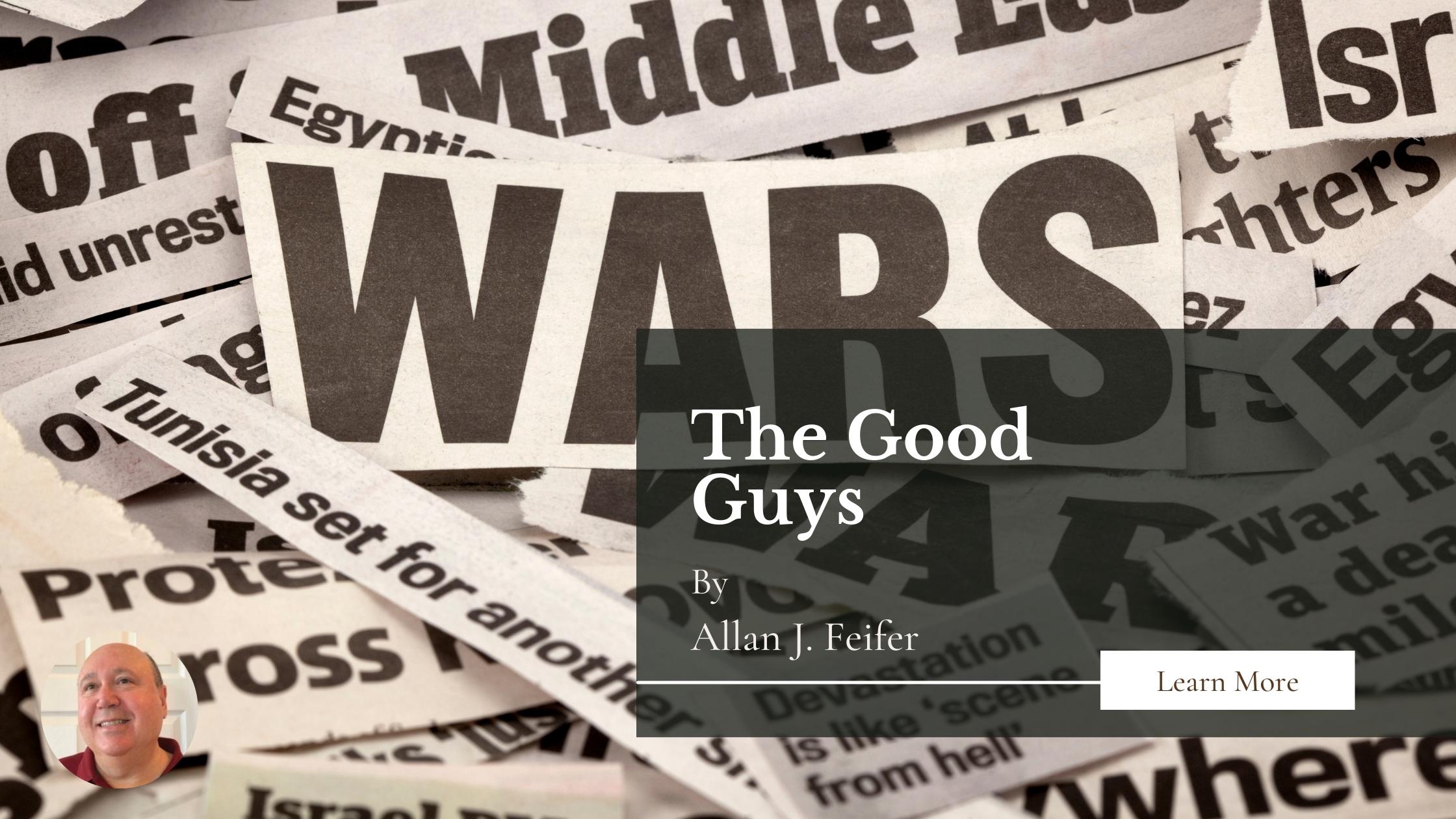 One of the joys of wide distribution of my musings is the people I get to meet. The other day, two of my readers, while in general agreement with my writings, pointed out, and I’ll paraphrase, “there’s no going back to the good old days”. Where does that leave us? I wrote back that I have a different vision, a different take on what is inevitable and what’s not. I’ll start with a little personal story of what the Good Guys sometimes looked like in the past and then move on to a few answers. I hope you find this not just interesting reading, but both inspiring and useful as a roadmap.

Early in my life, I rubbed shoulders and sometimes worked with people associated with freedom movements in Latin America and beyond. Names like Air America, White Hand, Southern Air Transport, Alpha 66, and the Contras among a smorgasbord of sometimes aligned and at other times non-aligned organizations all fighting for freedom in their respective countries. Once you start living outside the bubble of the media elites telling you what to think and believe, you find out there are different truths than reported. Back in 1979, a powerful earthquake hit Managua, Nicaragua while I was there. When I got stateside, I watched an NBC story that featured a school that was badly damaged. The on-air personality said this was the scene of a deadly shootout between government forces and communist guerrillas. Except, I knew that the school had been damaged in the earthquake and not by a government assault. I reached out to NBC in New York and was astonished at their lack of interest. And so, I learned that the national media cannot be trusted.

Why is this important? The world is moved by the actions of the few, not the many. 6% of all the colonists at most fought for our future freedom in the American Revolution out of just under 3 million people living here at that time. Small numbers of people can and do make a profound impact on the rest of us. Thinking people understand that the unresolved and divisive political issues at play are a threat to our future.

There are actions and events contemplated by the ruling Democrats that threaten us at our most basic level. For example, the doubling of the size of the IRS is a profound political statement. On one hand, it’s a statement that the government needs more of your money, that even with record-high tax receipts, it’s not enough. On the other hand, It’s a statement of control. You may remember last year the Biden proposal to give the IRS routine access to your bank accounts. Public opinion was so universally against this draconian idea that it was quietly dropped. Having been stymied there, Biden and the Democrats created an omnibus spending bill that is much more about control of the populace and staying in power than anything having to do with bringing down inflation.

America is a country built on three fundamental principles:

This interlocking triad only works in concert. Take away any part and the other two principles mean nothing. When you view the news through the prism of what’s important and true you see a never-ending deliberate and focused attack on traditional America. All three of these principles are systematically being driven out of our daily lives. Not everywhere, because there is resistance, but bit by bit, America’s enemies, foreign and domestic are continually taking bites out of who we are. Through the process of incrementalism, our country today is very different than a generation ago.

Patriotism is under attack. An NYT daily brief describing the J6 “attack” stated “Jan. 6 was a political action that became a federal crime, and politics infuses these cases. Some defendants have argued that they’re being persecuted for their political beliefs…” And, in a broad sense, they are. Ask yourself this question. If you believed that your government had turned on you, and elections were no longer a viable way to save your way of life; what would you do?

Our government is no longer reliably responsive to its citizens and even more important, the government selectively enforces laws and rules depending on whether you are a Republican or a Democrat. Tens of millions of people believe this. Ignore us at your peril, as Patriots are only now coming to the realization that there may be no other course before them other than to fight the tyrants.

Capitalism. Too many Americans question if Capitalism is past its prime and there is a better way forward. Here’s one popular example of the diatribe being taught in our schools today:

“Capitalism is the main power behind most modern societies today. Private owners, i.e., the minority that has the hold over the greater piece of the pie create businesses and decide the means of production and the outlet for the revenues, making the economic decisions for the rest of the people (those that do the labor work).”

The problem with the above statement is its gross over-simplification. The obvious counter should be, what other system has lifted more people out of poverty and in that way enriched so many lives? The answer is of course none. A dumbed-down American education system spends more time talking in glowing terms about Nelson Mandela than it does about George Washington and Capitalism. And, every year, the telling of American history continues its march to the left with many students believing the worst, instead of the best of their native country. Heck, some schools fly Mexican flags instead of US flags! You reap what you sow!

Even Freedom is being redefined. Freedom of Speech, our ability to pray, and an entirely new class of “thought crimes” now exist as if we are living inside the book Nineteen Eighty-Four. Hate crimes are an offshoot and early warning of what is yet to come. You would have to be living under a rock if you have not heard the now-semi-official “Feelings are Violence.” “If it feels right, that’s enough,” says your newly brainwashed youngster. But a feeling is not truth.

So, Allan, where’s the uplifting hope for the future you promised? You, my readers, are those future Good Guys! An appreciable portion of the J6 defendants are the good guys. People reading conservative blogs, books and podcasts are those Good Guys. The Good Guys are the doers. They are the people who figure out tough problems and solve them! They are the entrepreneurs, professionals, and truth seekers who will become an Army of many. Already, the Democrats fear us; that’s why they call us out, prosecute us, and call us evil.

One overreach, one miscalculation by the ruling class, one more attack against our children, and an organic uprising may be inevitable. It’s happened before as the Bonus Army once marched on Washington and it will happen again. Governments that fear their citizens don’t last. The time will come once again when we’ll realize the wisdom of the Founding Fathers expressed within our Constitution and the power it vests in “We the People”, which means you and me. Never give in to those that seek to bring us low. Don’t believe their lies.