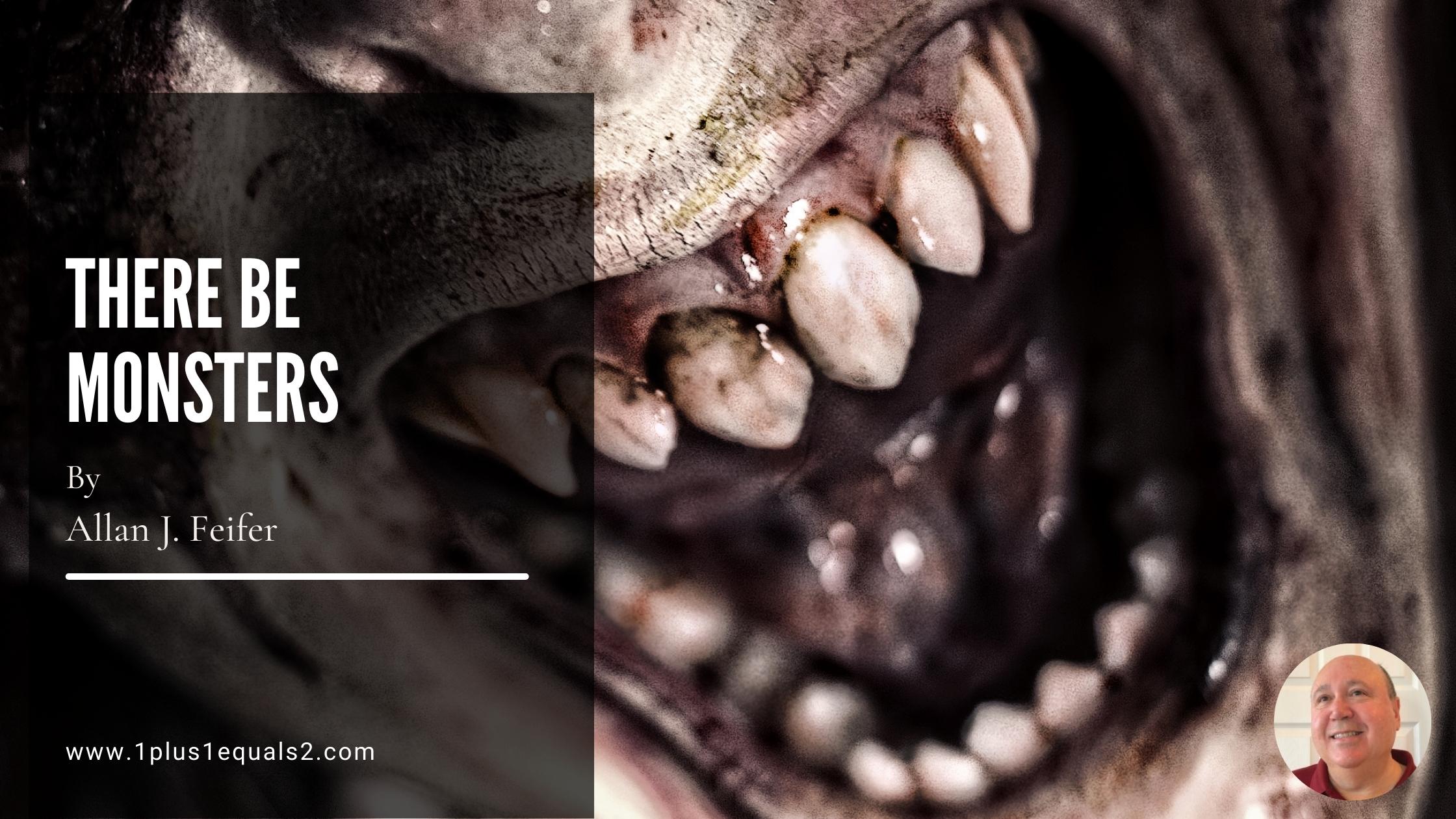 Uvalde Texas and Robb Elementary School. Two more names were added to an ever-longer list of schools and places where senseless mass shootings of our children occurred. Add the four below and together you have the five worst mass shootings of children in the past 20 years:

I adhere to a policy of not mentioning the names of the animals that massacre children. The new left espouses that these children were victims of an immoral America. The crazies come out immediately after every tragedy to gain political advantage. I want to punch people like that in the nose who are spring-loaded to spout that kind of vitriol and misdirection on command for political benefit. These children were innocents, how dare anyone make political hay off their cold dead bodies. There is no logic, there is no God’s plan, and there is seemingly nothing that can change the pure unadulterated evil in the hearts of these killers. No, they are not men. Men do not do these unspeakable acts. They are Monsters and it’s high time the Monsters fear us, rather than we fear them.

We created these Monsters with concepts like toxic male masculinity and the death of community, family, and the lack of a strict moral code. These boys and their victims are casualties of a raging social war being played out each day in our country. The underlying societal problems will not be fixed anytime soon.

We are a country that wants quick fixes without pain. Mass rhetoric like “take guns away” are great sound bites, but will never happen and would not fix the problems we have if we tried. The fix needed here is going to hurt and we must have the fortitude to do what’s required. Even with the best of intentions and actions, you will never eliminate all the Monsters. But we can find and remove many of them. It will take will. It will take effort and it must include a non-political judgment by both sides that this is different, and that we must come together to keep our schools safer. It can’t be about politics, gotcha’s, and told you so’s. All problems are solvable. It takes will, a crisis that most people agree needs to be addressed, and a staunch belief that acceptable solutions can be found.

Let’s get past the most significant problem at bar: This is not about guns. It’s specifically a question of who should not have access to guns. We are a country with guns very much at our cultural center. Yes, white people have traditionally been the gun owners, but more and more, guns protect all people regardless of race. Protection that is needed in a society that has forgotten the importance of both individual and property rights. A country that cannot depend on the police to protect them when it matters the most. Guns are widely held by most of us and that is a fact that no free country will be able to change by government edict. That’s how revolutions commence!

Beyond the issue of gun ownership alone, are the detractors that think the look, as much as the function of a firearm is somehow important to the debate. Whether you are shot with a 9mm handgun round to the head or a .223 AR-15 round to the body, you are going to be just as dead or injured. So-called Assault Weapons are not some kind of all-powerful weapon that is more lethal than other firearms. That’s just the hype the detractors want those that possess little or no knowledge of firearms want you to believe.

Monsters can be barred from legal ownership of guns but will find either guns or other weapons elsewhere. With that in mind, let’s go all-in on identifying these people before they do harm and isolate them from society. It is easier to do than you might suspect. Let’s examine the facts.

Of the five Monsters who perpetrated the killings mentioned above, 4 out of 5 were under 21 and of course, all-male. They were also white. Finally, each of the five had previously been identified either by one or more of their parents, school officials, law enforcement, mental health professionals, friends, social media, or even by the individual himself seeking help for their issues. Every one of them made a pre-violence outcry for help through some observable means, even if they did not understand it themselves. Let’s stop right here and discuss the ramifications of individuals with a suspected propensity for violence and how we ignore it. Why are we not all over that? Here’s why:

In 1967 Reagan signs the Lanterman-Petris-Short Act and ends the practice of institutionalizing patients against their will. This was a triumph for people that believed that mental illness was exactly like any other illness such as a fever, cold, or even heart disease. But it was ultimately devastating to tens of millions of people euphemistically slated to become mainstreamed going forward. These individuals make up the bulk of homeless in the US today and an astronomically high number of those that commit petty crimes and thefts and even more heartbreaking; are addicted to drugs. A huge segment of this population is largely hopeless and not likely to find a better path forward as we walk past them like so many zombies each day. Tragic.

The foregoing has had a profound effect on how we treat dangerous and even potentially murderous individuals. We have imbued them with artificial rights that effectively serve to dimmish the rights of others not to be victimized by the squeegee man or through aggressive panhandling on the street. Entire streets and communities are all too similar to third-world barrios with defecation everywhere, needles, trash, and filth. We do little to nothing to fix this obvious problem because we have given a superior right to the mentally diminished to live off the greater world through charity, government support, and worse, too often abandoned to their fate amid the squalor of American cities and more and more often; clean American subdivision streets. You can point to the “success” of mainstreaming only if you are a heartless individual that simply can’t see the squalor, sickness, crime, hopelessness, and worse that is part and parcel of our way of looking at these troubled but legally empowered individuals. They produce nothing as nothing is expected for society’s largess, consuming resources instead of real attempts to redeem these troubled souls. It amounts to a game played by do-gooders. And, I am not shy about calling out what should be easily seen as a national tragedy and should be seen as such, as we move on to the problem of how to deal with our Monsters. Our breeding ground for our Monsters is the privacy protections and other “rights” we give dangerous individuals.

The US supports hundreds of thousands of people engaged in servicing these people through charity, government services, NGOs, sanitation services, medical services, jails, legal aid societies, and the various other services and people required to keep dysfunctional individuals alive. “They have rights”, I can hear you say. But, what of the rights of their victims? When did the rights of those who break our laws or who choose not to be functioning members of society somehow become superior to those everyday citizens? You see it everywhere, that should no longer be in dispute. Can you see how our cities have devolved to where we are today? The absence of a functioning moral compass is an important hurdle we need to come to grips with if we are going to change things.

The issue of how we deal with mental illness is a question that must be grappled with before we can fix our problem with our Monsters. The actual process of identifying our Monsters is relatively easy. As stated earlier, we can identify those most likely to cause the kinds of actions we are trying to interdict. Profiling is an essential tool that is highly effective regardless of what libs would have you believe. The behaviors, affect, and social media presence, among several other indicators, could fairly easily help us to identify the relatively small number of potential Monsters.

We must profile those males under 21 and prioritize them for further evaluation, observation, and even removal depending on the severity of what is uncovered. We must include an appeal process and other protections, but the result must be that we are on top of who those people likely to create tomorrow’s headline and adopt an effective method of keeping them away from children, teachers, school personnel, and others. And, oh by the way, properly medicated and counseled, we might be able to eventually reintroduce healthy citizens back into society. That should be the goal and that’s an admirable one.

It is not only doable but essential that our country begin to deal with things as they are, rather than what we desire them to be. Wokeism permeates the entire social services arena. What is obvious to you and me is couched by them in some mumbo-jumbo language that deflects from the reality of a situation. Participants in the pantheon of the mental health industry may well vigorously attempt to prevent any actions they believe will stigmatize those selected for review who is ultimately considered to be a threat. It’s a question of what you value more; safety for the vast majority or protection of some theoretical rights of someone hell-bent on killing a child, or their teachers.

There is no other way to get a handle on a problem that threatens how we as a country will exist going forward. I am repulsed by solutions that attempt to deal with problems by punishing or restricting the rights of the 99.99% of us that are not potential suicidal or maniacal, instead of focusing on the Monsters in our midst that fantasize about how they will go out in a blaze of glorified evil. Our nation’s fear of calling out evil for what it is has become our new normal as we repudiate concepts of morality and religion. A nation that acts as if all our differences, no matter how deviant, are to be celebrated has gone off the rails and lost touch of reality and truth. Many things in life are demonstrably destructive to a healthy society’s goals and aspirations. Too many of our young live destructive lives that no one should accept or encourage as just another admirable facet of diversity. Yet, here we are. The quirkier, the better it seems. Oddballs are encouraged while conformity is somehow thought of as a leftover remnant of white privilege. Something to be ostracized, something to get away from as we continue to overhaul the most successful society in history. Who will stop the madness? It must be you and I. No one else will step up and stand in the breach of a society locked into a death spiral.

Evil is evil. Step one is for all of us; especially those in power to wake up and demand that we screen the crazies that would do us and society as a whole, harm. I fear that common sense has become passe in this country in favor of a 1984-style society mindset rapidly seeing the best of us going down the tubes cheered on by loser fanatics and their supporters. Today, all they want from the old guard is our successes; our assets, our property, and even our lives. Nothing that threatens their march to the sea that has as its objective, redistribution of wealth and an end to our Judeo-Christian traditions. This is what is at stake. A worthy discussion we must have before it is too late.