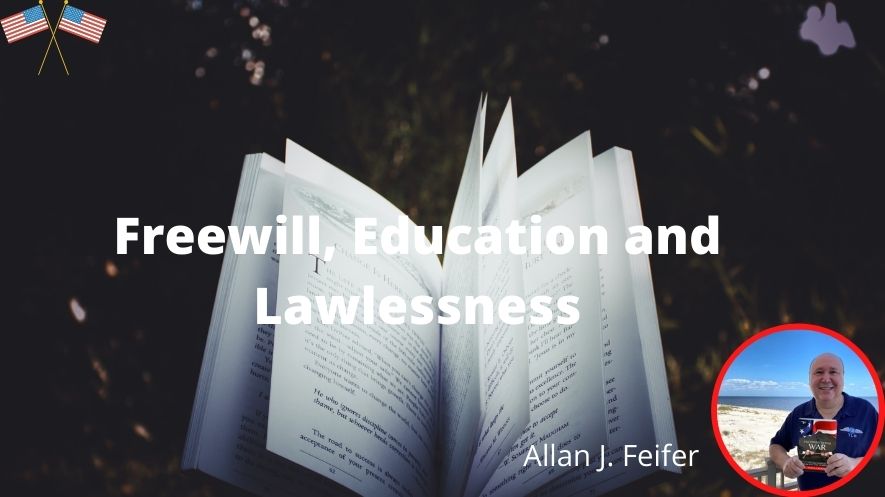 As this was written, news of another senseless shooting of three Texas Deputies rings deafly in my ears.  We are on track to see one LEO (Law Enforcement Officer) killed each week this year. A violent and insane trend has developed over the last several years that must stop now. LEO’s are our soldiers  standing on the ramparts of some medieval fort, guaranteeing the safety of those that rest inside knowing they are protected that night by someone who says “Sleep Well, my friends, I’ll stand guard  against those that might seek to do you harm.” The Rule of Law is a concept. The Officers, Deputies, and others who serve are the teeth that give weight to the promise of a law-abiding society. This promise,  this construct, this way of life has held together generation after generation throughout the civilized world, ensuring we continue to be a lawful country. Until now.

It goes without saying for any casual observer of the news, politics, or even just watching local events that there is a severe strain on this fundamental assurance that we have taken for granted, generation after generation. While some blame law enforcement itself (not without some issues), the social contract, so inviolate, for so long, is under severe stress. Today, let’s talk about how this happened and what we can do about it.

Life is simple. People are way too ready to jump to the standard refrain that life is complicated and therefore fixing things is difficult. It’s been said that nothing fixates the mind like the imminent prospect of death. You know, your life flashes before your eyes and you see things so clearly? It’s the same way with this subject.

While there are evil people; most people who do wrong, sometimes committing evil acts, are not necessarily themselves evil. People fall into bad situations when other, better opportunities don’t present themselves at the right time. Think about it for a moment. Faced with robbing a bank or accepting a good job with good pay and benefits, how many of us would say, robbing a bank sound like the better choice? An oversimplification? Perhaps, but the concept is entirely valid.

I was toying with a shock title for this piece like “Should those that steal a child’s education be hanged?”  Thought I might lose too many readers with a title like that. Yet, if I could identify a single person, at a  particular cross-section of time that destroyed your child’s chances to enjoy a successful life, it would be my pleasure to stop that person by any means possible. Because I believe anyone, any group and or any thought process that has as its aim to destroy a child’s chance to prosper and succeed in life is an adherent of genocide. That, readers, is the definition of evil.

I don’t know if I used this in another blog but I was at a Subway a couple of weeks ago and asked the guy to cut my sandwich in thirds. He was clueless and looked pained like he knew he should know the answer to my request but could not string the dots together. Someone told him how to cut it twice and the sandwich was wrapped and eaten vigorously. A person I knew from work had never heard about balancing a checkbook. Another who lived in the state capital did not know the name of the said state capital. Each of you has its own story to tell that makes my point.

The US spends more on education than any other large country, but students lag academically.

Teaching children to learn important topics and to train their minds is not difficult. Too many other countries do it. Why can’t we? At this point, the question is not if we have failed our children, but who or what are to blame? Notice I did not add, ‘and what to do about it.’ The answer is almost obvious. It’s not hard to impart knowledge, discipline, wisdom and to create a thirst for ambition. Our current system is designed to destroy, not nurture most of what is good. It is the intention of someone, some group at some level that percolates down to the individual schoolroom and teacher. Mediocrity is the goal. That was what Common Core is all about.

In my Unconventional Warfare Book, I talk about the pivotal moment when we moved from Arithmetic to  New Math in public schools.

“In 1966, I took my last Arithmetic class and was welcomed into the theory of New Math. The big difference was no more long-form memorization and working problems out in a static manner. Instead,  theory became as important, or more important than actually being able to (understand and execute)  math problems.

AmericanHeritage.com had this to say on the subject: “Before the results could even be measured, new math became a near religion, complete with its own high priests and heresies. Chief among the hierophants were the University of Illinois’s Max Beberman and Stanford’s Edward Begle. Together with mathematicians and educators at universities in New York, Indiana, Massachusetts, Minnesota, and  Maryland, they took aim at the mindless rigidity of traditional mathematics. They argued that math could be exciting if it showed children the ways of solving rather than just the how’s. Memorization and rote were wrong. Discovery, deduction, and limited drill were the best routes to arithmetical mastery.”

Except these new High Priests were not just interested in teaching Math, they were interested in changing the world. Perhaps they were not just simply wrong, but were instead, intending to introduce a  new societal imperative…Equalization of Result. 1966 was a tumultuous year. Support for the Viet Nam war turned negative for the first time. The Church of Satan is the first (of many) nontraditional churches to be recognized by the IRS. Martin Luther King holds his first “Freedom Rally” in Chicago. Charles  Whitman kills 16 students at the University of Texas and becomes our first mass shooter. Lansing Michigan witnesses one of the first Race Riots ever.

The House Un-American Activities Committee begins investigations of Americans who have aided the Viet Cong. U.S. President Lyndon B. Johnson,  responding to a Charles Whitman evil act writes a letter to United States Congress urging the enactment of gun control legislation. The Black Panther Party is created by Huey P. Newton and Bobby Seale. It was a tumultuous year and the turning point for those that wanted a different America than existed at the time.

A year of pontificating turned into action. New Math was one of their tools to rewrite the rules for  America. It was just the beginning. “Now, almost fifty years later, we are hearing the same lament about our mathematical skills and the same call for educational mobilization. Why? Where did New  Math go? And what happened to all those schoolchildren ready to experience, as one writer called it,  “the wonder of why”? Today, we know what the “big picture” really is.

What we described as Equalization of Results, morphed into simply Equity.

Freedom requires an individualist mentality as much as we need air and water to survive. And, Free Will can only be obtained by an educated individual. An educated individual must have Free Will and an ability to think through concepts and non-linear concepts and observations. To be free, you have to understand what freedom is. Perspective is gleaned by understanding the ground you stand upon and its interrelationships with the rest of the world, near and far. Today, too often one’s understanding of the world is limited to a much smaller perspective…the Hood.

As in “Lord of the Flies”, the 1954 novel by  William Golding, the boys on that lost island understood little except what was necessary for their everyday survival. Where to get water, food, shelter, and belonging to the tribe were the complete and total realization of their everyday life. And so, it is wherever you live, be it in a gang, tribe, religious group, or part of something bigger than yourself, your life’s experiences and strikingly, your lack of experiences and world view defines you and shrink your opportunities instead of enlarging them.

A good education is a way out of poverty. Education is the magic elixir that lets you see opportunities for what they are and assists you in walking through the right doors. Education was the great equalizer that grew some of our greatest and brightest minds. Doctors, statesmen, military men, thinkers,  philosophers, industrialists, and even peacemakers. Dumb people don’t enlarge the pie or our society.  Let there be no misunderstanding of that concept and truism. Education leads to peaceable citizens. I  can’t over-emphasize the importance of that statement.

Those that steal opportunities from children are the worst kind of thieves. They are adherents of a hell-bent genocidal coven that must be fought, kept at bay, and triumphed over. Who will lead this charge?  It won’t be politicians, school board members, unions, and rank and file teachers. Their time has come and gone. They traded the gold that was the children entrusted to them for temporary or false gain.

Heard about California teachers demanding a 30-hour, four-day week with children learning from home on Fridays? No, now it is up to the citizenry itself, particularly parents to demand the education we all pay for and to stand against those audaciously accusing them of being domestic terrorists. Demand that your child be classically educated, free of social justice shenanigans and other lies. Parents must teach morals, ambition, and Godliness. Step up to the plate and do your duty.

Schools long used as dumping grounds for the masses must change overnight and with due regard to their real purpose. To teach reading, writing, arithmetic, critical thinking (not CRT), and the primary lessons of life, i.e., nothing of value is free and nothing is owed to anyone except an expectation for a fair start. Teach the hardest lesson of all…that life is neither fair nor against you. You get out what you put in. No government can give you something unless they take it away from someone else. That’s the life of a thief. Is that what you want? Is that what we want to aspire to?

Don’t rob children of that fair start by handicapping them by the very act of walking through those school doors each day. Some schools are irredeemable. For those situations, children must leave and take their education dollars with them. Some parents are also irredeemable, whether they are drug-addled, career criminals or so self-involved as to be incapable of parenting. For them, separation is the obvious consequence. But, at every juncture, the needs of the child must be paramount.

When someone chooses to have a child, they surrender much of their free will to act as if they are not parents.  They made a bargain with God and Society to be responsible for their children. Everything else is secondary until they successfully leave home. That is life. I write a dark passage for those that forget that inviolate lesson by putting themselves ahead of their charges.

Stay tuned and always, always, aspire to be a Patriot. Ask yourself, what is it that you did this day, week,  or month that is patriotic? We are all tasked with fighting this worthy fight. Your passion is the key to victory. Believe it!